A lawsuit in Wash. claims Native-run casinos have a monopoly on sports betting

In Washington state, you're now allowed to bet on sports, but only in tribal casinos. That regulation has led to a lawsuit claiming discrimination. If successful, the suit could slash revenue for tribes. It could also undermine Native sovereignty, as David Hyde of member station KUOW in Seattle reports.

DEBBIE NELSON: It does a lot of fun things. So it keeps me entertained while I'm losing money.

HYDE: But Nelson says it eases the pain to know her lost money goes to the tribe.

NELSON: To scholarships and to medical care and just to support the families. I figure if I'm going to give it to anyone, it needs to go to a worthy cause.

HYDE: And gambling revenues made a big difference to the lives of tribal members like Hweqwidi Hanford Mccloud with the Nisqually Tribal Council. He says the Nisqually didn't even have running water or reliable electricity until the 1970s.

HWEQWIDI HANFORD MCCLOUD: For the longest time here - and I could probably say across a lot of reservations - we weren't living life. Life was being lived upon us.

HYDE: Mccloud says gaming's made a difference to tribes all over the country in two important ways. It's helped lift them out of poverty and helped make self-governance possible.

MCCLOUD: Having the choice and the free will to do what you need to do for your community and your people, and not having to be told by an agency how and when your people can live, eat, drink, whatever it may be. Because that's the rule we were under before gaming got here.

HYDE: Tribal leaders say that principle of sovereignty is also baked into the Indian Gaming Regulatory Act, which says if a state allows gambling, tribes can run casinos in that state. And in Washington, tribal casinos are the only venues allowed to have certain types of games, like slot machines and now sports betting, which is the subject of the federal lawsuit.

ERIC PERSSON: The tribes want everything for free, and they want to be bullies. And they ran into the wrong person to bully.

HYDE: Eric Persson is CEO of Maverick Gaming, which is suing the federal government for the right to offer sports betting. Persson owns more than a dozen commercial card rooms in Washington state, which can only offer card games like blackjack or baccarat.

UNIDENTIFIED PERSON: Six-six tie. You just move it out.

HYDE: Now, there's a twist to this story. Persson is himself an enrolled member of the Shoalwater Bay Tribe, but he's not running a tribal casino where the money goes to Native government.

PERSSON: Since the tribes have gotten sports betting, what's happened is our business isn't the same on Sundays, when people want to watch football. Tribes know that, and this was an intentional act.

HYDE: Persson says he's just trying to make money from sports betting. But if his lawsuit is successful, the fallout could be much bigger, not just by undercutting casino revenue for tribes, but also by undermining Native rights. The lawsuit claims Washington's agreement with tribes is monopolistic and violates the U.S. Constitution's guarantee of equal protection, that you can't discriminate based on race. And the lawsuit argues tribal membership is race-based.

MATTHEW FLETCHER: Whenever you hear a company like Maverick bring a claim saying, hey, this is racially discriminatory, the real answer is tribes negotiated for that privilege, that place, as compensation.

HYDE: Matthew Fletcher's a law professor at Michigan State University. He says this case is not about race. It's about tribal sovereignty. Tribal nations are government bodies. As it turns out, the firm bringing the lawsuit for Maverick Gaming makes a similar argument about race elsewhere in a legal case that challenges the Indian Child Welfare Act. That act says tribes have jurisdiction over adoptions or foster placements involving Native children. The U.S. Supreme Court has agreed to hear that case. Fletcher says both cases are about sovereignty.

FLETCHER: Ultimately, these theories are existential threats to Indian tribes around the country.

HYDE: Prior to colonization, Fletcher points out, this was all tribal land.

FLETCHER: What they're saying is, we've taken 99% of what Indian tribes and Indian people had, and the 1% that's left protected by federal Indian law - we're coming for that next.

HYDE: And Fletcher says this effort is part of a larger conservative legal attack on tribal sovereignty and treaty rights. 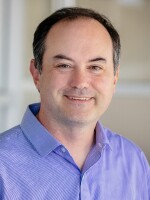