Dr. Greg Davis talks with Dr. Jayakrishna Ambati, professor and vice chair of the Department of Ophthalmology & Visual Sciences at the University of Kentucky, and his colleague Dr. Ben Fowler about a landmark study published recently in the journal Science by an international group of scientists, led by Dr. Ambati, showing that HIV/AIDS drugs that have been used for the last 30 years could be repurposed to treat age-related macular degeneration (AMD), as well as other inflammatory disorders, because of a previously undiscovered intrinsic and inflammatory activity those drugs possess.

AMD is a progressive condition that is untreatable in up to 90 percent of patients and is a leading cause of blindness in the elderly worldwide. The two forms of AMD, wet and dry, are classified based on the presence or absence of blood vessels that have invaded the retina. A detailed understanding of the molecular mechanisms underlying wet AMD has led to several robust FDA-approved therapies. In contrast, there are no approved treatments for dry AMD thus far.

Nucleoside reverse transcriptase inhibitors (NRTIs) are the most widely used class of anti-HIV drugs. NRTIs are thought to be therapeutic in HIV/AIDS patients because they target the enzyme reverse transcriptase, which is critical for replication of HIV. Previous work from the Ambati lab found that a type of toxic molecule called Alu RNA accumulate in the retina to cause dry AMD; interestingly, Alu RNA and HIV are similar in that they both require reverse transcriptase to fulfill their life cycle.

In their Science publication, Fowler et al. report that multiple FDA-approved NRTIs prevented retinal degeneration in a mouse model of dry AMD. Surprisingly, this effect of NRTIs in the eye was not due to the well-known function of these drugs to inhibit reverse transcriptase. Instead, NRTIs blocked an innate immune pathway called the “inflammasome”, even in experimental systems in which the NRTIs were not capable of blocking reverse transcriptase. In their report, they also showed that NRTIs were effective in other disease models that share common signaling pathways with the dry AMD model, including the “wet” form of AMD - a disease that when treated still does not lead to substantial vision improvement in two-thirds of patients - and graft-versus-host disease which is the major obstacle preventing successful allogeneic hematopoietic stem cell transplantation.

"Repurposing of NRTIs could be advantageous, for one, because they are very inexpensive. Moreover, through decades of clinical experience, we know that some of the drugs we tested are incredibly safe. Since these NRTIs are already FDA-approved, they could be rapidly and inexpensively translated into therapies for a variety of untreatable or poorly treatable conditions," said Benjamin Fowler, the lead author and a postdoctoral fellow in the Ambati lab. Ambati added, “We are excited at the prospect of testing whether NRTIs could be effective in halting the progression of AMD in patients.”

NRTIs were originally designed to treat cancer in the 1960s. They re-emerged in the late 1980s and became the first drugs the FDA-approved to treat HIV/AIDS. 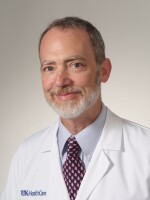